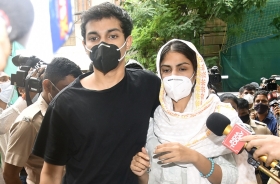 Rhea Chakraborty in her written submissions in the Sushant Singh Rajput death case told the Supreme Court on Thursday that the Patna FIR of July 25, could at best be regarded as a zero FIR and transferred to the Mumbai Police.

She also insisted that Rajput’s father has made baseless allegations against her. The apex court has already reserved the verdict on Rhea’s transfer plea.

“A plain reading of the subject FIR is clearly indicative of the fact that no such consequence of such alleged act has ensued within the State of Bihar. The maximum that may be done in such instance, is for the FIR to be registered as a “Zero FIR” and the same may be forwarded to the police station having jurisdiction over the matter,” said Rhea in the written submissions.

What is a Zero FIR?

The concept of Zero FIR was introduced by the recommendation of the Justice Verma Committee in the Criminal Law Amendment Act, 2013 after the horrifying Nirbhaya rape case in Delhi.

It states that no police officer can refuse to lodge an FIR if the crime has occurred outside its jurisdiction. It is called ‘zero’ because a regular FIR comes with a serial number, and this one doesn’t.

It remains a Zero FIR till a preface investigation is done, and is then transferred to the police station with competent jurisdiction.

The Zero FIR aims to ensure evidence is cases like murder, sexual assault or accident is not tampered or contaminated.

Rhea contended that the investigations in Bihar are “totally illegal and such illegal proceedings cannot be transferred to the CBI in the present manner by way of illegal executive orders”.

“The Petitioner has no objection if the transfer of investigation to CBI is done in exercise of powers conferred upon this court under Article 142 of the Constitution of India. Otherwise, the present transfer from Bihar Police to CBI as is done is totally without jurisdiction and contrary to law,” said the written submission.

She argued that transfer of investigation to CBI at the behest of Bihar Police is wholly without jurisdiction.

“Admittedly, the case registered by the Bihar Police was transferred to the CBI for the reasons of a)’sensitivity’ and b) ‘inter-state ramifications’. The concept of sensitivity is alien to criminal jurisprudence. There is not even a remote whisper of any material to support the theory of ‘inter-state ramification’. The offence if at all, as alleged is completely within the jurisdiction of Mumbai even as per the ED,” said the written submission.

It also added that in any case, a perusal of the FIR would indicate that no cognizable offence has been made out even on the facts and circumstances mentioned in the FIR.

“The averments in the FIR in no manner indicate how the alleged actions of the Petitioner led to the suicide of the deceased. Thus, the very registration of an FIR based on such contrary facts and baseless allegations without any substance demonstrate the illegality of the entire process.

“Hence, it is humbly submitted that in such circumstances, no transfer to CBI is mandated or made out and the allegation if any, ought to be investigated under the jurisdiction/supervision of the competent court in Mumbai,” said the submissions.