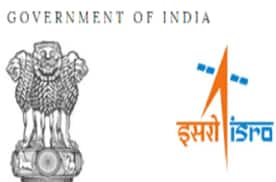 NEW DELHI: Indian Space Research Organisation (ISRO) has said that it is working with the Department of Space (DoS) on SEED (Space Enterprise Encouragement and Development), a formal system to support start-ups and micro, small and medium industries (MSMEs)  in innovation, research & product development.

The announcement in this regard was made by Dr K Sivan, Secretary DoS and Chairman ISRO.

This announcement comes barely months after he announced the formulation of a new vertical, In-Space, which is meant to enable end-to-end private participation in India’s space programme.

Speaking at an International Space conference on ‘Ushering the new era in Indian Space Sector,’ Sivan mentioned that a comprehensive Space Act and related Policies were in the pipeline. The Conference is organized by the Confederation of Indian Industry (CII) in association with Indian Space Research Organisation (ISRO), Antrix Corporation Limited and supported by NewSpace India Limited (NSIL)

“Entire gamut of activities is to be covered by policies and we are going to add Launch vehicle policy, space exploration policy etc. Existing space policies on satcom and remote sensing data policy are also being amended for greater inclusivity and transparency” Dr Sivan said. It is notable that with the new policies would pave way for insurance sector to render services in space domain, where insurance is an absolute necessity for satellites and launch services.

Making a specific mention of SEED, Dr. Sivan stated that it was a competitive and early-stage opportunity for MSME and start-ups to develop products for ISRO, where ISRO would also offer spin-offs in return.

As per, G. Narayanan Chairman and Managing Director (CMD), NewSpace India Limited (NSIL) there are many start-ups that have entered this field, prior to the reforms they were announced a few months back. He opined that large-scale, independent development of space systems had not happened in India in organizations other than ISRO, probably owing to the lack of technical expertise. However, he added that now with many retired ISRO officials available, cooperation and collaboration are the way ahead to make the country self-reliant in the space sector.

The new policies that are said to be in the works are crucial for the real foray of private players into all domains of the Space sector in India. Currently, various domain experts and entrepreneurs feel that the policies in India need to be revamped to provide much more clarity and business-friendliness to attain its potential.